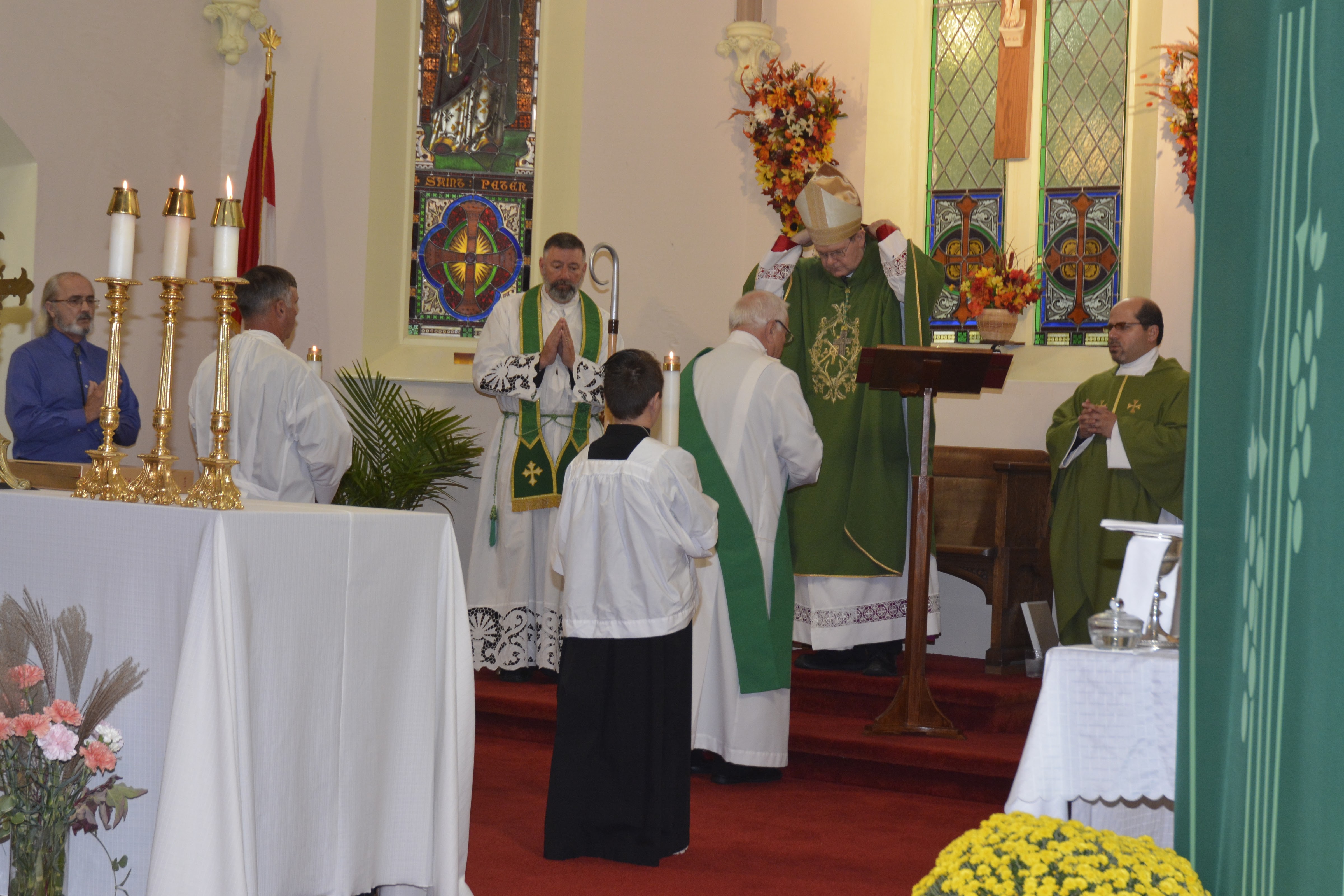 Father Tom Kluger was ordained to the priesthood by his Eminence Thomas Cardinal Collins on April 30, 2016.  He first served at St. Isaac Jogues in Pickering and then in Merciful Redeemer in Mississuga.  He was appointed pastor at St. Patrick and St. Noel Chabanel on June 30, 2021.  Fr. Tom was born and raised in Scarborough.

Deacon David R. Whall entered formation in 2000 and was called to the Sacrament of Holy orders and ordained to the Permanent Diaconate on June 19, 2004. Deacon Dave is married to Rita (May 02, 1959) and has three adult children. He and Rita were initially seasonal parishioners (1960’s to late 1980’s) and then have been full time parishioners of St. Patrick’s Parish since the 1990’s. His main ministry outside his Church Ministry was the 10 years in which he did Prison Ministry. Deacon Dave is most grateful to the Parish for their continued support.